To research, revive and preserve Africa’s fast fading but rich tradition and culture as well as to provide more reliable information that will add more value to the highly respectable and sacrosanct position of African Traditional Rulers. 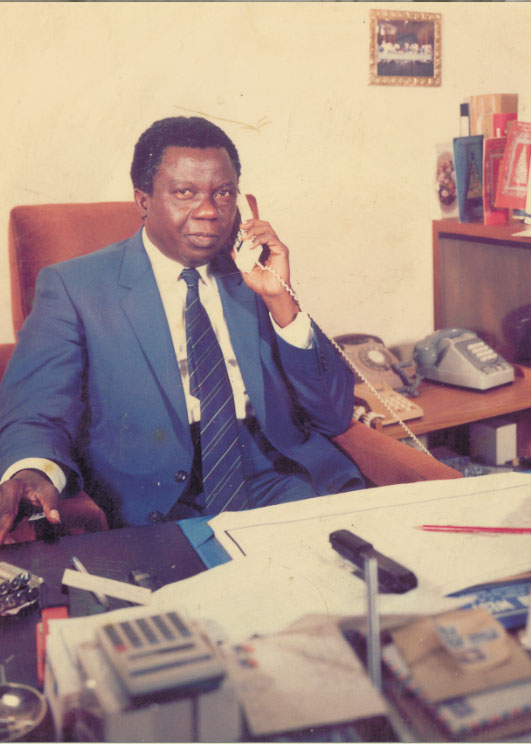 Born to the family of Pa Angus Aremu and Madam Yeyeolu Simoyan (both of blessed memory) on February 1, 1934 in Egbe, Yagba West Local Government Area of Kogi State Nigeria, Chief Simoyan had from youth exhibited leadership qualities and displayed a high degree of honesty, hard work and dedication.

A pacesetter in community development, he was one rare breed whose reputation was anchored on his boundless generousity. His detribalized status evoked, love, peace and admiration…

Chief Simoyan attended the Sudan Interior Mission (SIM) Central School in Egbe between 1949 and 1952. In 1958, he passed the School Certificate (SC) examination at the famous Titcombe College, Egbe where he had his secondary education.

Between 1959 and 1960, he read a pre-medicine course at the then Nigerian College of Technology, Zaria (now Ahmadu Bello University, Zaria) before proceeding to the prestigious University of Ife (now Obafemi Awolowo University, Ile-Ife) where he read and obtained a Diploma in Public Administration in 1962.

From 1963 through 1968, he attended the University Of Montpellier, France and the John Hopkins University School of Advanced Studies of the American University in Washington DC, United States of America (USA) from where he bagged a Bachelor of Arts (BA) degree and a Certificate in International Relations (CIR) respectively. In addition, he read Banking at the prestigious BIAO Banking Training School in Paris, France.

He also attended the National Institute of Policy and Strategic Studies (NIPSS), Kuru, Jos, Nigeria from where he was designated for the prestigious Membership (mni). Also, he undertook postgraduate studies at the University of Ibadan and wrote a doctoral dissertation on Yagba history.

In 1963, his services were transferred to the Federal Civil Service, Lagos with promotion as External Affairs Officer Grade 9 from where his diplomatic career began. And two years after (in 1965), he launched into the diplomatic circle when he got posted to the Nigerian Embassy, Washington DC as Second Secretary (Political Affairs). Between 1968 and 1970, he was again promoted as Assistant Secretary, (Economic Affairs Division) and later as Senior Protocol Officer, Ministry of External Affairs.

Due to hard work, honesty and dedication, he got his first diplomatic posting in 1971 as Charge d’Affaires of the Federal Republic of Nigeria to the then Republic of Dahomey (now Republic of Benin). He was again posted to the Republic of Austria in the same capacity in 1974.

On his return to Nigeria in 1977, he was appointed Deputy Chief of Protocol, Ministry of External Affairs in Lagos and for World Black Festival of Arts and Culture (FESTAC ’77) from where he voluntarily retired from active service to become Deputy General Manager, International Bank for West Africa (IBWA, formerly Afribank now defunct) and later rose to the position of Executive Director of same bank from 1977 to 1983 and 1984 to 1986 respectively.

Until his final retirement from active service, Chief Simoyan practiced as a Management and Banking Consultant and Authored four published works part of which at one time or the other were authorized literature texts by the Lagos State Ministry of Education. His publications include historical works (Egbe Chronicle, Egbe Notes and Oibo Egbe) and works of fiction (A Life of Life and Rainbow in the Night). Other written works include; Humour on the World, a book on Diplomatic jokes and his autobiography, which are awaiting publications. He was also a columnist for Sunday Times from 1999 through 2004 and a random columnist for The Nation and The Sun newspapers.

An international personality of no mean standing and politician of note who contested the Governorship of his home State (Kogi State, Nigeria) in 1997, Basorun Simoyan was Member of many local and foreign professional bodies namely: Member, Historical Society of Nigeria; Member, Nigeria Economic Society; Member, Chartered Institute of Bankers (England); Member, Bible Society of Nigeria; Member, National Geographic Society (America) and Member, Association of Nigerian Authors to mention a few. In addition, he was Chairman, Board of Governors, Mushin High School, Lagos, Titcombe College, Egbe and Egbe (ECWA) Hospital, Egbe as well as Board Member of the Nigerian Heart Foundation.

His immense contributions to community development and the Yoruba race and culture earned him High Chieftaincy titles and were handsomely rewarded. This includes, Basorun (Prime Minister) of Egbeland in Kogi State, Nigeria in 1977 and Omoba ni Ketu (Prince of Ketu), Republic of Benin. In addition, he was conferred with the title, Gbokunniyi (Uplifter of the people) of Okunland by the immediate past Obaro of Kabba and Chairman, Okun Area Traditional Council, Kogi State, His Royal Majesty, Kabiyesi Alayeluwa, Oba (Dr,) Michael Folorunsho Olobayo, JP of blessed memory and was nominated Patron-General of the Teachers of Yoruba Language and Nigerian Culture in Nigeria (Egbe Akomolede ati Asa Yoruba).

At leisure in the course of his lifetime, the High Chief engaged with his various pets including a deer, a monkey, dogs, birds and a host of domestic animals. He was also into large-scale farming, collection of rare pebbles, coins, stamps, paintings and work of arts, lawn-tennis and country walk.

An ardent lover of the Yoruba culture, Chief Simoyan was married to Modupeola Simoyan (nee Afolabi) on November 23, 1963 and blessed with six successful children. However, her transition on April 18, 2008 made him retire permanently from his base in Lagos to his country home of Egbe, Kogi State, Nigeria.

He passed on peacefully in his country home at Egbe on October 29, 2019 less than a month after his return from visiting his children and grandchildren in faraway United States of America and Lagos. He was a father figure to all and sundry. 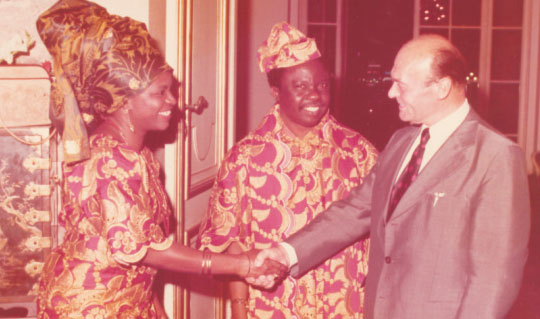 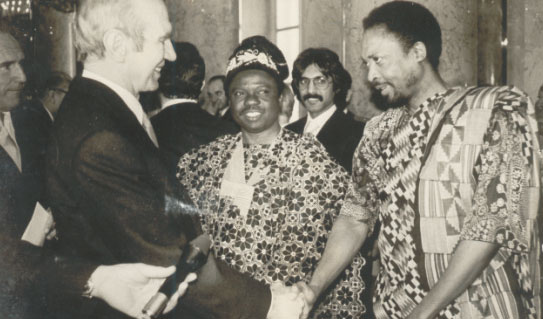 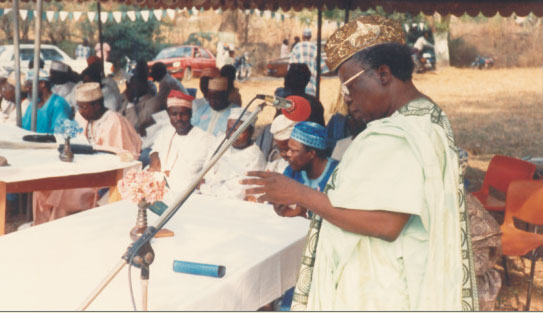 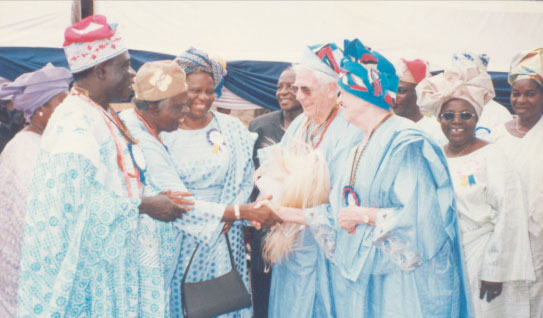 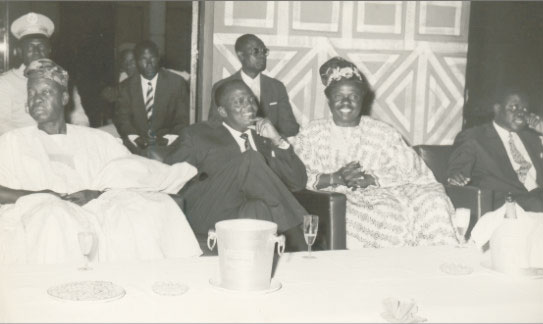 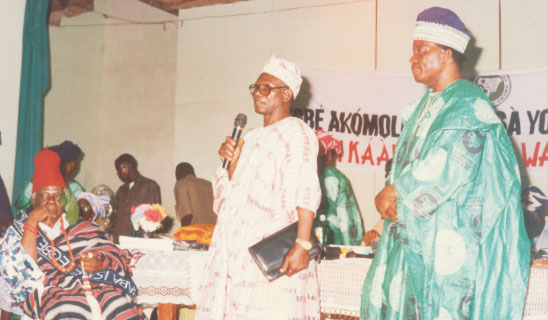 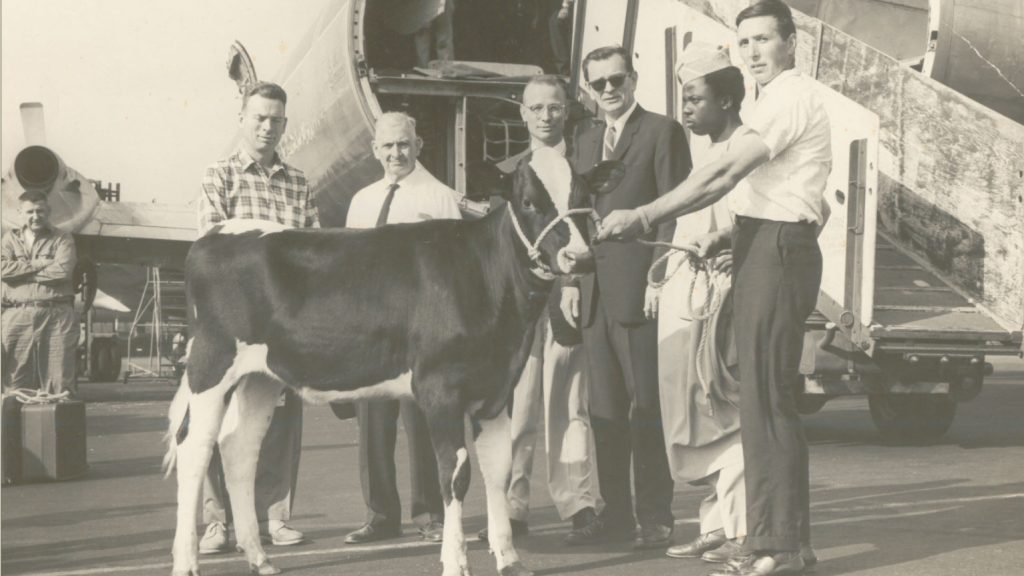 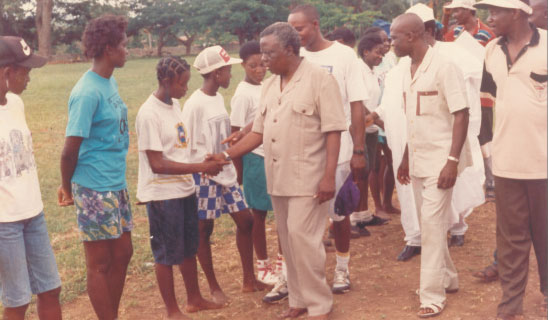 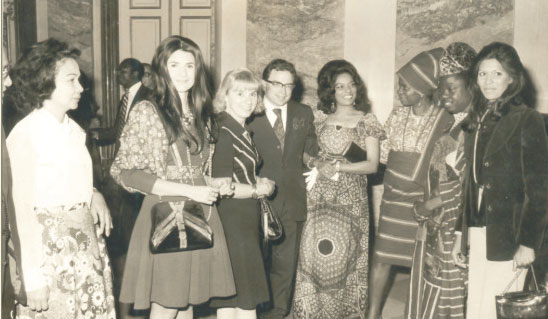