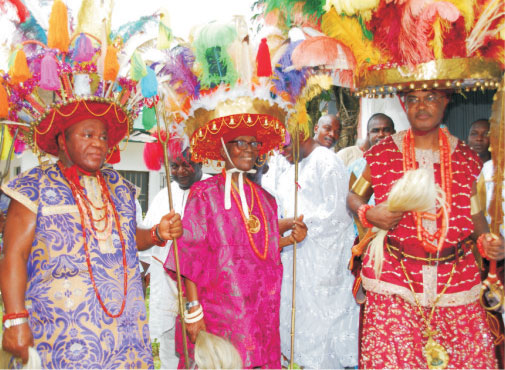 Rather indifferent to the misgiving the people of Onitsha placed on yam and cocoyam, Aniwetalu a great warrior and other members of his family in Umuasele village, Onitsha with the exception of his son who went on hunting expedition cooked and ate ‘Ona’ a specie of yam that contained alkaloid poison. They suffered severe stomach problem and died some three days after. As a result of their tragic death, Onitsha was thrown into confusion and a period of mourning was observed. Thereafter, a panel was set up to investigate the cause of death. In the course of which different shades of opinions were raised, most of which alleged witchcraft and Aniwetalu’s elder sister, Adibalu was suspected.

These developments promoted Okwudili the only surviving son of Aniwetalu compel Adibalu to make confessions to ‘Aniezi’ god of the land. However due to the complications at unveiling the mystery behind the tragic death of Aniwetalu’s family the then Obi of Onitsha summoned the magicians and diviners from Umuikem village, Onitsha to consult the ‘Urai’ oracle. The diviners after their consultation reported back to the Obi that Aniwetalu and other members of his family died as a result of eating a food crop called ‘Ji’ yam without observing the rules of its planting and consumption. Obi demanded of the rules from the oracles through the Priest. This took place during Obi’s special meeting with the ‘Ndichies’.

After consultation the oracle instructed that before planting, sacrifices must be made to ‘Ajachi’ the god of the land to enhance, yield and bountiful harvest. Another sacrifice ‘Umato’ must also be offered during the harvest of corn which normally comes before the new yam. Thereafter, the ‘Owuwaji’ festival must be observed during which the new yam could be harvested and eaten for the first time.

Alarm and suspicious, the Obi and his Chiefs asked for an antidote. The oracle again instructed that the new yam be first roasted and mixed with fresh palm oil and ‘Nneadi’ leaves, an antidote for poison and favorite food of ‘Edi’ the civet which has strong resistance for poison. Then the dish will be mixed with ‘Eju’, piece of baked clay pot.

Having observed all that had been instructed by the oracle, the time of the celebration of ‘Owuwaji’, new yam festival came and as a litmus test of the people’s concern for any eventuality, a decision was taken that the smallest kindred in the land, the Awada family from Ogbeozoma village have the first slot of yam meal. Seeing that no death occurred, the people of Eke Na Ubene village took their turn. However, with the fresh memory of the evil that befell their kindred lingering in their mind, the people of Umuikem when it came to their turn, consulted the ‘Urai’ shrine whose priest instructed an observance of ‘Inye Ukwu na Nlo’ – spiritual meditation and sacrifices punctuated with ‘Awanme’ ceremony. The priest further instructed the people of Umuikem to inform the Obi to commence his spiritual retreat same day. It was this retreat that culminated to Ofala festival; – re-emergence of an Obi from enforced isolation of communal mourning.

The retreat, which involves four days of seclusion, sacrifices, self-denials and purification of Onitsha kingdom as well as meditation with gods and spirits and mourning of the souls of the departed amongst others, begins with the Obi’s offering prescribed sacrifices on day one.

Day two is set aside for Obi’s private matter and on day three; the Monarch celebrates the ‘Ogbalido’ feast with the kingdom’s warlords and the ‘Egbenu Oba’ in memory of the late warrior Aniwetalu. On each of these days, the Obi retires to a hut built for this purpose. And on the fourth day, the Obi performs final rites at the ‘Ume’. As a sign of mourning, the Obi is forbidden to take his bathe, receive visitors or appear in public during this period.

On the fifth day, Obi emerges from the dream world having assessed his relationship with the gods thus putting an end to his mourning and meditation.

Thereafter, the Ada (first daughter) of Obi’s family would shave him with a fowl and ‘Nzu’ and the junior Chiefs on their own will adorn his throne in preparation and readiness of Obi’s celebration of the festival.

Ofala festival spans two days; the sixth and seven days. The sixth day is primarily for the Obi and the ‘Ndichies’, red cap Chiefs. It is the day the Onitsha Monarch re-emerges from enforced seclusion of communal mourning and appears to the public amidst pomp and pageantry in appreciation that yam no longer kills when eaten. Both the Obi and the Ndichie dance to the popular ‘Egwu Ota’ Royal drum displaying their Abani sword. At the blast of the canon shot that will herald the entrant of the Obi into the palace square, the entire square will stand still.

At this point, ‘Onowu’ of Onitsha would lead the ‘Ndichie Ume’ to receive the Obi and present him to the public amidst deafening ovation from the crowd. At full sight into the square, the Monarch is attended by his acolytes usually two boys standing by his side dressed in brown long gown with tall red caps and state sword in their hands. The Obi walking majestically as tradition demands acknowledges cheers from the crowd and offers blessings and prayers for good fortune to all there present and his kingdom. After, the Monarch retires to ‘Iba Afa’ to receive homage from the ‘Ndichie’ starting from ‘Onowu Iyasele’ in saluting stance.

Another canon shot will invite the Obi in the square thus another moment of silence is observed as he arises. Amidst the chanting of Obi oo! Obi oo! Ewoo! Ewoo! The Obi steps out into the square accompanied by the ‘Ndichie’, ‘Agbalanze and his relatives, the Monarch stops at intervals to pay salutations to the two shrines located in front and side of the Ime Obi, palace. These shrines are believed to be responsible for good governance and prosperous reign. After, going round the square, the Obi dances to the ‘Egwu-Ota’ royal drum music before retiring again into the ‘Iba Afa’ where he is being paid homage by his feudal tenants, ‘Agbalanze’, ‘Ndi Diokpa’, ‘Ikporo Onitsha’, ‘Otu Odu’  and other guests.

At the boom of the third canon shot, the Obi steps out into the square for the last time in the day, dance a few steps to the ‘Egwu Ota’ music, bless the people and retires into the ‘Iba Ume’ where he will be paid homage by relatives and kindred.

The seventh day which is the second day of the Ofala is known as ‘Azu Ofala’. The Obi re-appears only once in a simple royal attire which portrays humility and joy over the success of emergence ceremony the previous day. It is also full of fun fare and the Monarch’s other subjects, ‘Agbalanze’, ‘Otu Odu’, ‘Otu Ogbo’ and other groups pay him homage to re-affirm their royalty and commitment to the Monarch’s reign. Thus Ofala festival comes to an end. 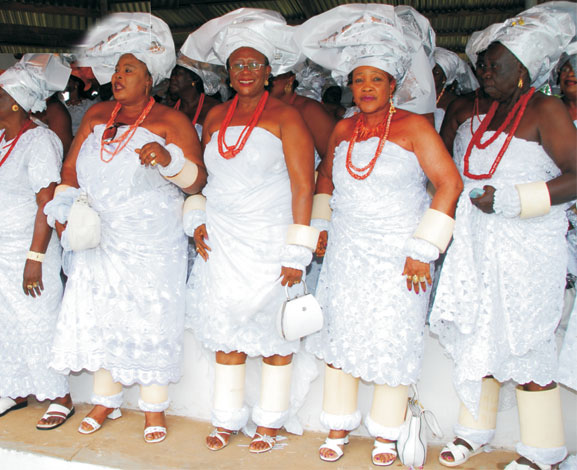 The place of Ofala festival in the history of Onitsha Kingdom cannot be over emphasized. It is one of the most important and most celebrated festivals in Onitsha today. It stands at the centre of the Monarchy.

Ofala is the annual re-emergence ‘Inyepu Ukwu na nlo Eze’ of the Obi from seclusion, ‘Inye Ukwu na Nlo’ of communal mourning during which period he undergoes spiritual cleansing and purification, meditating with the gods and spirits not only for himself but subjects that have passed on in the outgoing year. The Obi performs the festival after the religious ceremony of ‘Mgbapu Afa Obodo’.

Ofala marks the end of an annual cycle and ushering in of another. The Obi’s re-appearance demonstrates that the Monarch has survived another year in atonement for the sins and misdeeds of the people of Onitsha Kingdom.

In modern times the festival happens to be one of the rare opportunities for Onitsha people to see their revered Monarch in his arena ‘Ime Obi’ who is rarely seen in public. It also assists to promote tourism, expose the potentials of the rich and enviable Onitsha cultural heritage to the outside world and enhance communal peace.

Above all it is a time the Obi presents himself and his subject re-unite with him to pledge their cooperation and loyalty to his reign. 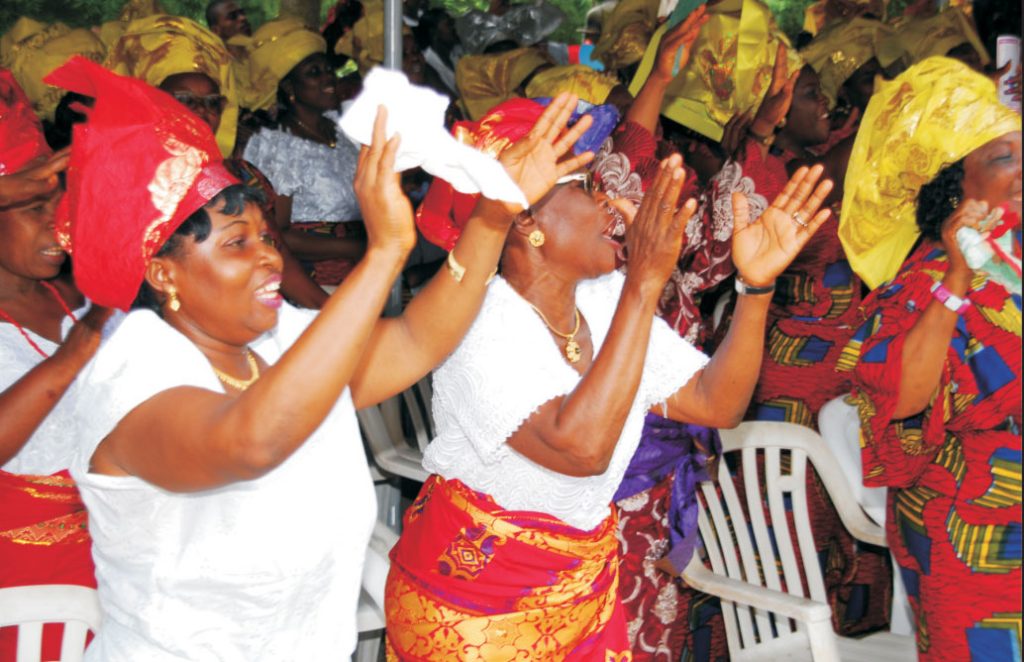 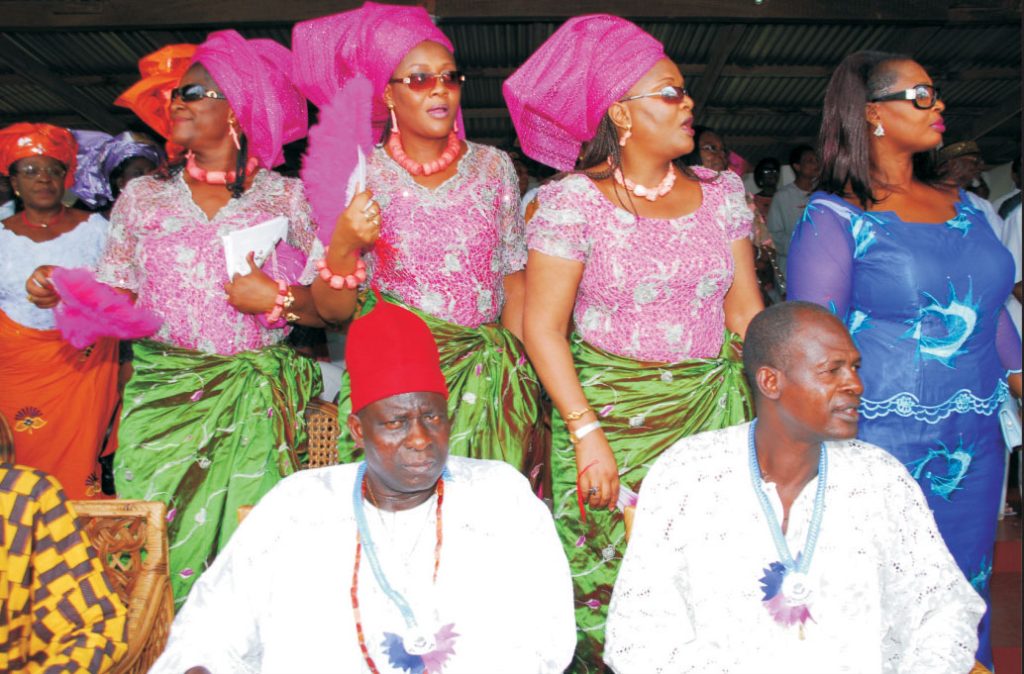 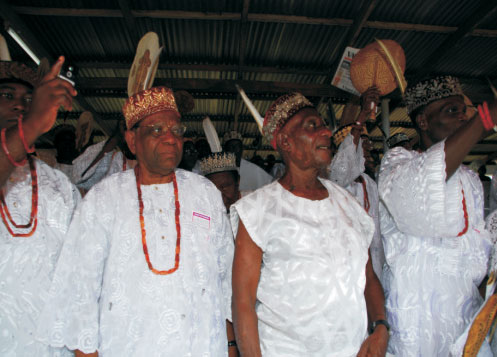 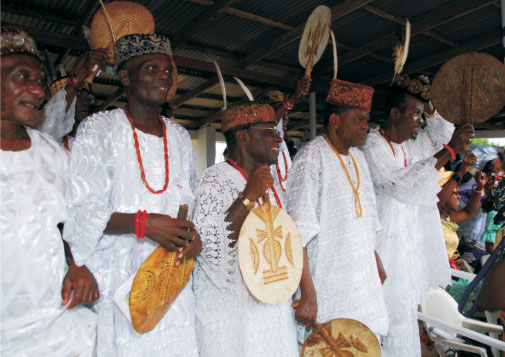 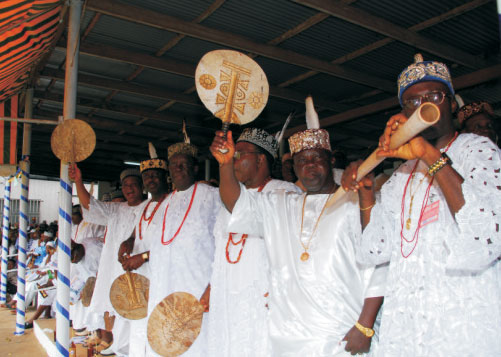 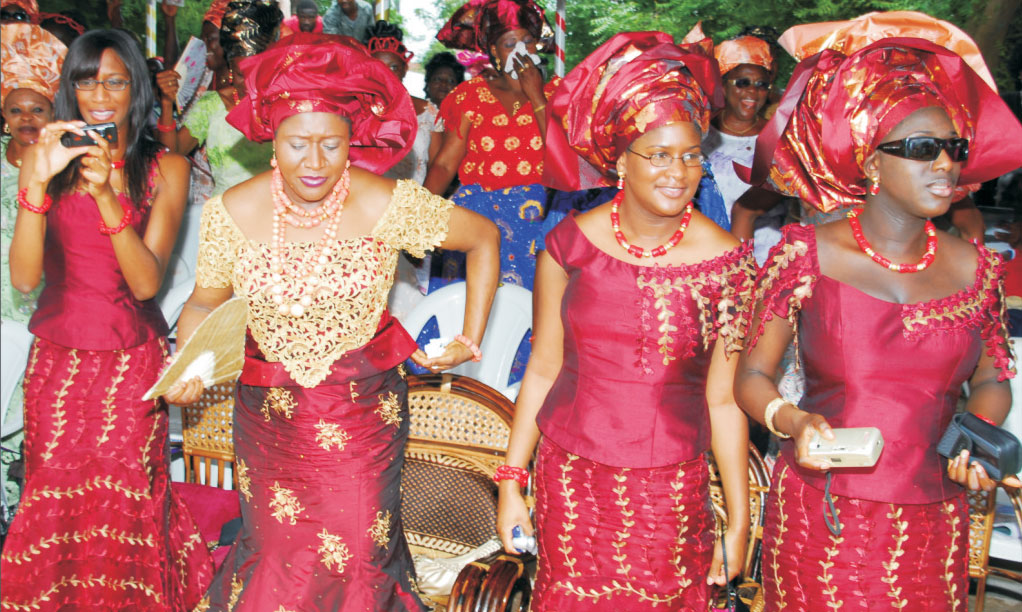 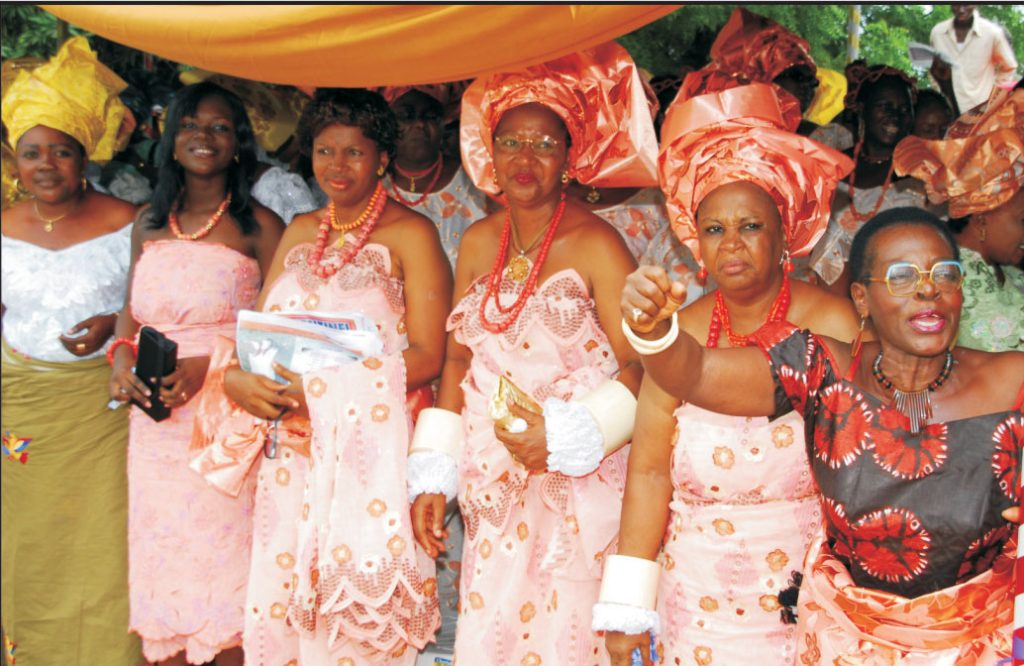 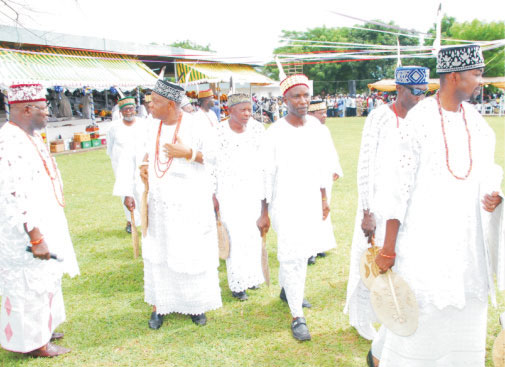