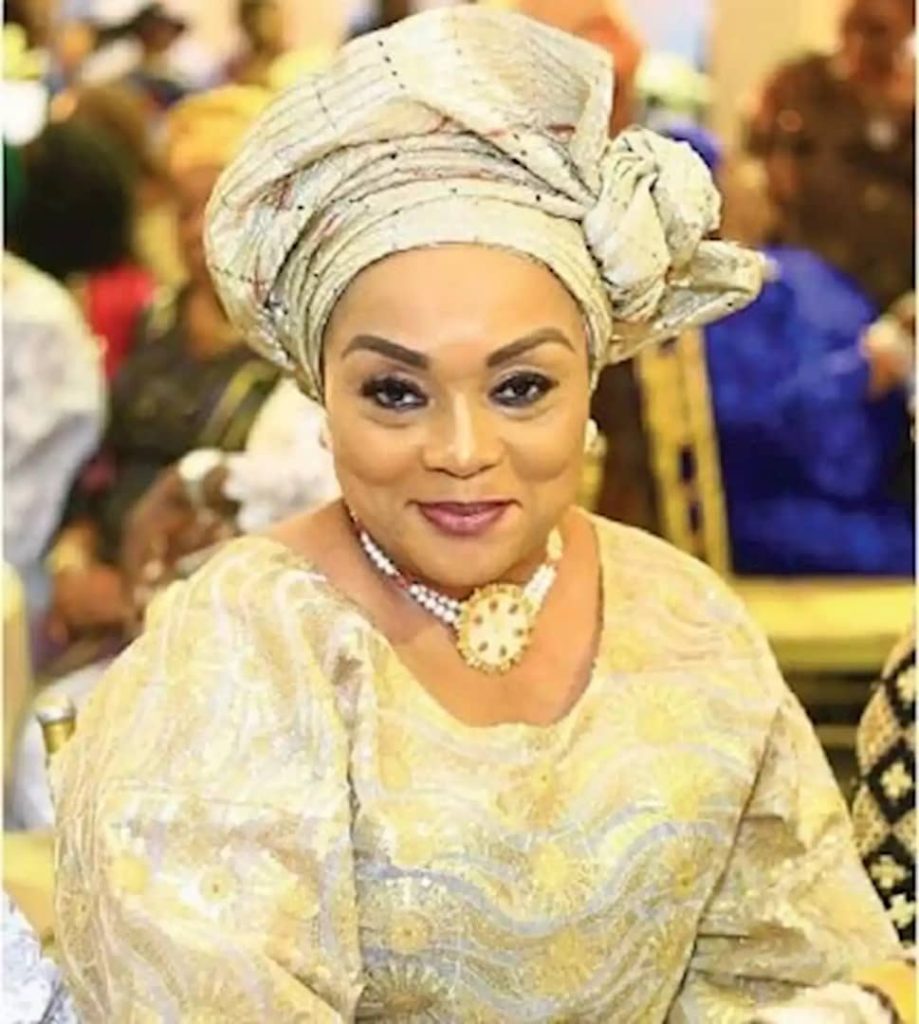 In many parts of the world, women have exhibited extra ordinary leadership qualities and made the difference between success and failure in the fortune of their nations and even families.

Back home in Nigeria, talented women down the ages have made significant impact in addition to household management in tradition, politics and economy. A brief excursion to Nigeria history reveals a number of talented women in leadership position. Queen Amina of Zazzau led men to conquer vast expanse of territory to the admiration of her male counterparts. Queen Idia of Benin Kingdom is famous today not just because she was the mother of Oba Esigie of Benin but for being a warrior in her own right. Madam Tinubu in Lagos and Funmilayo Ransome-Kuti of Abeokuta played similar roles in the western part of Nigeria.

From these historical examples, it is clear that it was not customary or traditional for women to be relegated to the background in most organized pre-colonial societies. As of today, Nigerian women have drawn inspiration from these cases and with appropriate support they have tried to mobilize for greater development of womanhood, tradition and the nation.

Of such few Nigerian women is Her Highness, Olori Oladunni Olamide Olubanke Sijuwade, Lawyer, Political Observer and one of the royal consorts of the immediate

A very warm royal breed worthy of respect, an attentive listener, honest, conservative, outspoken, tenacious and God-fearing, Olori Ladun, as fondly called is so plain and very western yet has deep respect for tradition. Whatever her upbringing may be, it is natural taking stock of the fact that education is part of her pedigree. It is a norm, a heritage and of course the greatest legacy ever handed down in the lineage of the Harold-Sodipos (to which she belong) and who are direct descendants of the royal Lupo Mosuleka Ruling House of Abeokuta, Ogun State, Nigeria.

Born into tradition, totally and consistently involved in it as well as proud of her heritage and pedigree, Olori Ladun believes everything that has to do with royalty in Nigeria need be improved upon.

A good mixer, born in London and brought up there, the amiable Olori has been able to blend both the British and the Yoruba traditions so well that she always confidently pride herself in the ability to retain the Yoruba cultural values in the Egba tradition which she attributes to be part of the wealth of education her father gave his children. “I love Abeokuta so much even as western as I am. I also thank my father for making it possible for us his children to be able to blend well.”

For the Ife royalty, English had always been a first language. However on assuming the role of an Olori, Her Highness learnt Yoruba history to be able to understand Yoruba tradition. In her words, “I don’t like to be ignorant”. Olori Ladun is ever grateful to the late Apena of Ife and former Director-General, National Commission for Museums and Monuments, Chief Omotosho Eluyemi who assisted her in learning Ife history. This has in turn enabled her get a better understanding of Ife tradition and people.

An embodiment of elegance and modesty but one rare royalty not given to flamboyance, Olori Ladun has found dressing up an art she so much enjoys. “My present status has a great influence on the way I dress. I had to adjust and I believe I have done it quite well. I have to respect tradition.”

Dishonesty to her is a turn-off in view of the fact that she was brought up to always tell the truth no matter the cost. And when she grew up, she came to terms with it. She is never bored because she makes good use of her time. She engages herself reading the papers, watching television and travelling a lot of time.

Politics to her is more-or-less inborn having been fathered by a politician of note. Though not partisan, she is very keen in political matters and firmly believes Nigeria is a very great nation.

The second child in a family of three, Her Highness, Olori Oladunni Olamide Olubanke Sijuwade was born March 17, 1956 at St. Bartholomew’s Hospital, East London to Chief Adedamola Harold-Sodipo, Akogun of Egbaland and Oluwo Ikija who hails from Abeokuta and Chief (Mrs.) Flora Olamide Harold-Sodipo, Iyalaje of Ikija and Ajibade Alate Esunru of Igbehin who originates from Ijebu-Ode and Odogbolu, both of blessed memory.

Her father was a British-trained Civil Engineer and frontline politician on the platform of NCNC in the 60s and later the National Party of Nigeria (NPN) in the 80s. Chief Harold-Sodipo’s mother was Omoba Rachael Aridegbe Ogunbona-Sodipo, grand-daughter to Ogunbona “Agboketoyinbo”, Friend of Civilization and Missioners. The first Balogun of Ikija in the 19th Century and a descendant of the royal Lupo Mosuleka Ruling House, that settled at the foot of Olumo Rock. Chief Harold-Sodipo’s father was Chief Isaac Ademoye Omolaja Sodipo, the Babasale Ogboni Egba and oldest Member of Nigeria’s first elected House of Representatives in 1954. He was a Kingmaker of Ake being a first cousin to the late Alakes of Egbaland, His Royal Majesty, Kabiyesi Alayeluwa, Oba (Sir.) Ladapo Ademola and His Royal Majesty, Kabiyesi Alayeluwa, Oba Oyebade Lipede I and one of the wealthiest men in Egbaland who hailed from Ago Odo. His mother was Patience Adedoyin Sodipo (nee Majekodunmi), senior sister of late Chief M.A. Majekodunmi, father of Chief (Dr.) Majekodunmi of famous St. Nicholas Hospital, Lagos.

Olori Ladun’s late mother has reiterated the tale that Olori Ladun was the result of, as Doctors in Edinburgh stated, a 6 months “Phantom Pregnancy”. What Yoruba people call, ‘Abami Eda’.

The Iyalaje is a product of the London Paris Academy where she studied Dress Designing. She was the first Nigerian to establish a dress designing and manufacturing factory in Fulham, England supplying outfits to world class shopping arcade: Harrods and numerous other boutiques. Her mother was Mrs. Alice Arajanwo Adefope (nee Olukoga and Alalukimba, a family that married into the Odutola family) and hailed from the Efiyan quarters of Ijebu Odogbolu. Olori’s grandfather was from both Itaalajoda in Ijebu-Ode and Efiyan in Odogbolu. Chief Nathaniel Oshokoya Adefope, the Olotu Eso of Ijebu-Ode was the first Nigerian Head of Administration when the administration of Northern Nigeria was moved to Kaduna. He later established a business enterprise there. His family extended to the Ilishan families of Awolowo and Odukale stemming from his father, Oluwo Adaranijo Adefope, the one to have moved from his homestead in Ijebu-Ode to Odogbolu because of his wife. Although, Pa Oshokoya family house is at No 47, Okesuna Street, Lafiaji, Lagos till date.

In 1969, she attended Crouchend High School, later Highgate Girls in North London and had a 7 months stint at Marywood College, Ebute-Metta in 1971 before returning to London in 1972.

In 1973, Olori Ladun was admitted to Badminton School in Bristol for the Ordinary and Advanced Levels (the oldest Girls’ Public School in England which educated the late Prime Minister of India, Mrs. Indira Ghandi).

While in school, she excelled in extra-curricular activities. These include: Horse riding, Croque, Fencing, Music (Piano), Deportment and Elocution. The only Nigerian friend she met there was Mrs. Funmi Joseph (nee Adebiyi). She passed out with 7 ‘0’ Levels and 4 ‘A’ Levels in History, French, Art and English Literature.

Her brilliant performance got her enrolled at the newly established University of Buckingham with Roli Craig (nee Egbe) in 1977 to study Law, Economics and Politics in conjunction with trips to the Finishing School; St. Helens Versoix, Geneva in order to wipe out the ‘Tomboy’ in Ladun. One had to give way, it was Finishing School.

Olori Ladun’s insatiable search for more knowledge took her back to London where she enrolled at London University College to study Law in 1979. In 1982, the Ife Royalty graduated with a LLB (Hons.) degree in Law. Before graduation, she did a 9 months course at Lucie Clayton’s Knightsbridge (Finishing) School where she was redefined as a complete lady – “THE DEB”.

Afterwards, she attended the Nigerian Law School in 1983 from where she was called to the Bar with friends; Princess Folake Aderemi-St. Mathew Daniels, Mrs. Funmi Joseph, Eyimofe Atake (SAN) and cousin, Senator Tokunbo Ogunbanjo. She had her National Youth Service Corp (NYSC) at Dele Ogedengbe Chambers.

Olori Ladun’s marriage to debonair Ooni Okunade Sijuwade brought forth 2 children; Princess Adenrele Fayose, an IT and Business Management first degree holder from Queen Mary College, University of London and a Master’s degree in Internal Auditing and Business Management from Sir John Cass Business School, City University. She is the CEO, Ruby Fay Events Planning and Management Company and Prince Aderemilekun Adejare Sijuwade who is also a graduate of a University in England. Her “Chester Terrace Bunch” as she fondly refers to Adenrele’s older siblings that she lived with are all happily married with children: Prince Adetokunbo is a business entrepreneur and Economist while Princess Adenike Amosu, Princess Adekemi Alokolaro and Princess Aderounmu Fadeyi are Lawyers. The others are into various professions in America, Nigeria and other parts of the world.

An Ambassador per excellence, Olori Ladun had visited Europe, America, Africa and the Asian Continent as a student on holidays with her parents or on school excursions.

On assuming the role of, “Kabiyesi’s Representative” which she played for over 30 years, she has travelled to many exotic places. She once travelled to Acapulco and Caesars Palace in Las Vegas; Trinidad to meet with the then Prime Minister – A.N. Robinson; Houston, Texas to join in the Anniversary celebrations of the “Egbe Omo Oodua” and in Lagos to meet and dine with the Prince and Princess of Wales during General Babangida’s regime which he hosted at the State House, Marina, Lagos the same day the then Sultan of Sokoto was being turbaned, an occasion Ooni Okunade Sijuwade had to attend. At times, she attends the functions in Kabiyesi’s company and when it was impossible for him to attend, she fits in.

Her most memorable experience was when she first met her husband of blessed memory in London. “I met him in London in company of my uncle, Oba Oyebade Lipede, the late Alake of Egbaland. His listening ear was the first trait that endeared me to him. He paid complete attention to everything I said. He was also pretty shy but underneath all that, he was caring, strong and supportive”. Others were when she travelled to Havana, Cuba to meet former President Fidel Castro with a large entourage of Ooni Okunade Sijuwade’s honorary Chiefs and when the late Emir of Kano, Emir Ado Bayero accompanied Kabiyesi’s entourage on a 14 hours flight to Tokyo, Japan where they met the then Emperor of Japan.

An Alumnus of Buckingham University and Chief Executive Officer of Dalora Ventures, a wholesale company that imports various consumables from Europe and sells in bulk to various supermarkets, hotels and restaurants is in addition, Matron, Law Students’ Society, Obafemi Awolowo University (OAU), Ile-Ife; Matron, Nigerian Union of Journalists, Osun State; Honorary Member, Zonta Club of Lagos as well as a Jerusalem Pilgrim (JP) and a Redeemer usually in attendance at anointing Services.   Olori Ladun is blessed with stunning youthful looks the secret of which she says is as a result of her maintaining a healthy diet and clear conscience.